The Philadelphia Eagles aim to remain the NFL’s lone undefeated team when they visit the Arizona Cardinals on Sunday.

The Eagles improved their unblemished straight up record to 4-0-0 with last week’s 29-21 win over the resurgent Jacksonville Jaguars, and now trail only Buffalo and Kansas City as a +493 bet to win Super Bowl 57. The Cardinals return home looking to tally consecutive wins for the first time since last December after rolling to a 26-16 win over the foundering Carolina Panthers.

The Eagles have made gains since opening as 4-point favourites, climbing to 5-point chalk with the backing of 54 per cent of sports bettors. There has also been plenty of movement on the total, which has fluctuated since opening at 48.5, and currently sits at 49, with the OVER supported by 74 per cent of the betting action. 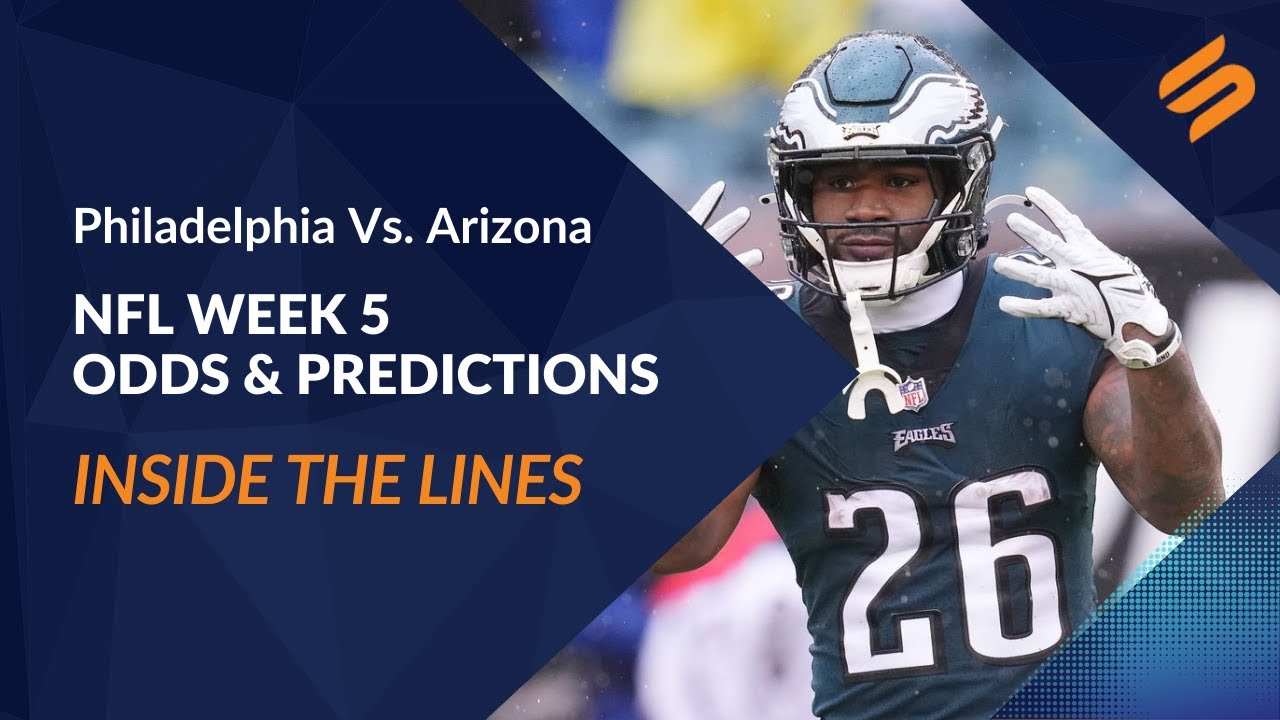 Sunday afternoon’s matchup at State Farm Stadium marks the first meeting between these teams since 2020. The Cardinals claimed a 33-26 win in that December 2020 clash, and have now topped Philadelphia in seven of their past 10 head-to-head contests, including five straight home victories. The Cards have also held the edge at the sportsbooks when facing the Eagles, going 6-1-1 over their past eight dates. They have also tallied outright wins in five of their past seven versus the Eagles as home underdogs.

The total has gone OVER in two of their past three meetings, snapping a steady 4-0-0 run for the UNDER. However, it is the Eagles who have prevailed in two of the past three when the UNDER pays out.

Faced with adversity for the first time this season, the Eagles responded with the character of a championship team in last week’s win over Jacksonville. The Jags drew first blood by returning an interception for a touchdown on the Eagles’ very first possession, and extended their early lead to 14-0 by adding a score on their second drive of the day. However, it was all Philly the rest of the way, as the Eagles capitalized on turnovers while closing out the half with scores on three straight possessions.

Overall, the Eagles took away the ball on five occasions, and also harassed Jaguars pivot Trevor Lawrence all afternoon, limiting him to just 176 yards while racking up four sacks. The Eagles now sport the NFL’s third-ranked defence, and lead all teams with 16 sacks. On offence, Jalen Hurts remained steady but not spectacular, tossing for 204 yards, no scores and one pick. Hurts also contributed one of the team’s four scoring runs on the day, which gives the team an NFL-leading 10 rushing touchdowns to date.

The Cardinals are coming off an impressive comeback victory of their own in last weekend’s 26-16 win in Carolina. Arizona spotted Carolina an early 10-3 lead before slamming the door on the Panthers in the second half. Indeed, the Cardinals defence limited the Panthers to just 16 total yards on 12 total plays over their first four second-half possessions, and steadily wore down the Carolina defence, which spent a whopping 38:35 minutes on the field.

With that performance, the Cardinals rush defence now ranks fifth in the NFL in yards allowed per game, while the pass defence has not allowed a scoring toss outside of garbage time in their past 10 quarters of play. In addition, quarterback Kyler Murray is coming off an impressive performance in Carolina, where he tossed for two scores and ran for a third. But concerns linger over the health of this team’s receiving corps, which has been rocked by injuries to Marquise Brown and AJ Green, as well as DeAndre Hopkins’ ongoing suspension.

NFL Prediction: Who Will Win Eagles vs. Cardinals?