It’s the first of two meetings this season between a pair of one-win AFC South clubs Sunday when the Titans visit the Colts.

Both clubs got their first wins of the season last weekend, but it’s Indianapolis ahead in the division currently at 1-1-1 and Tennessee 1-2.

The Colts upset Kansas City in the former’s home opener, winning 20-17 on a last-minute touchdown drive. Tennessee held on to a 24-22 win over Las Vegas, standing tall on a two-point convert defence that would’ve possibly forced overtime.

Kickoff at Lucas Oil Stadium Sunday goes at 1 p.m. EDT with the Colts 3.5-point favourites at home and the over-under at 42.5 on the NFL odds. 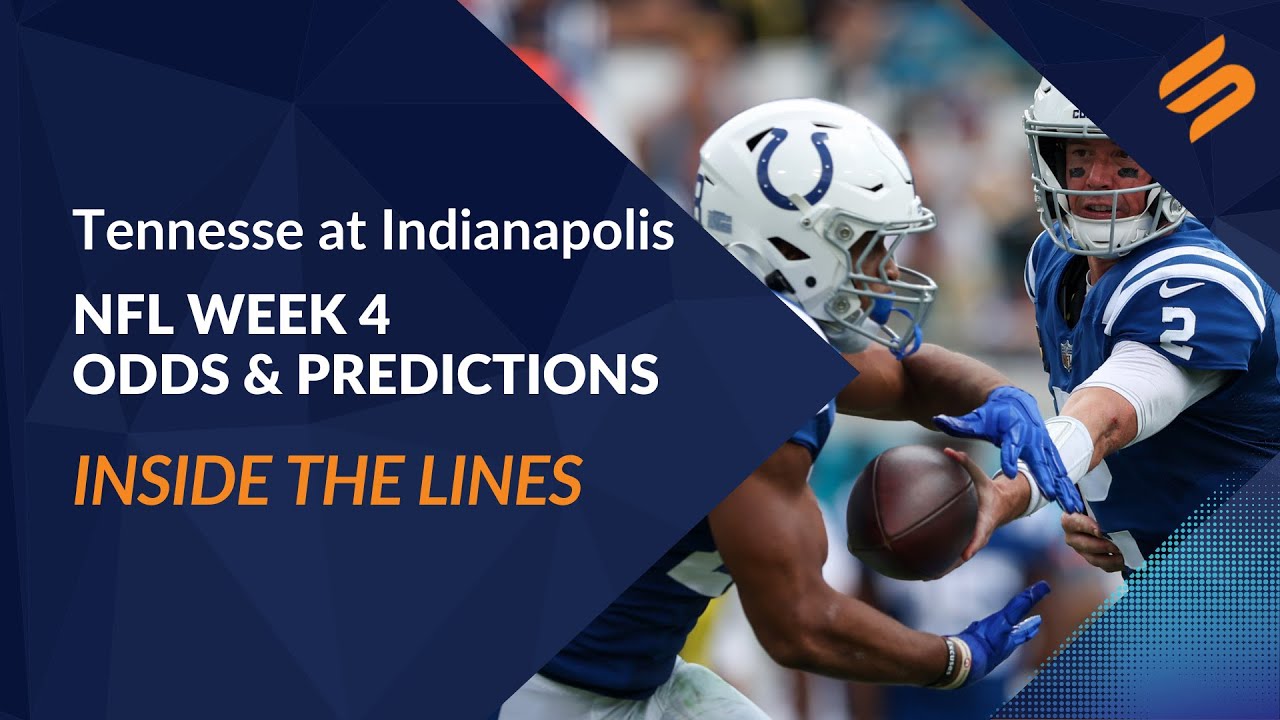 The Colts have yet to have one of their contests finish over the total as they average a league-worst 13.3 points this season. It’s led to Indianapolis also starting 1-2 against the spread, which is also Tennessee’s ATS record. The Titans have struggled ATS, covering just once in their last five outings dating back to last season. But they are 4-1 ATS in their last five versus the Colts.

The under is on an 8-0 run in Colts’ games but is 1-4 in the last five Titans–Colts battles. Tennessee swept the season series last year including a 34-31 overtime win at Indianapolis. Colts star running back Jonathan Taylor rushed for under 70 yards in both outings last season.

Running back Derrick Henry cracked the 100-yard mark for the first time this season last week, at least in total yards. Once again Henry was limited on the ground with 85 yards on 20 carries and is now averaging 3.6 yards a carry on the year. But Henry was effective through the air in Tennessee’s win over Las Vegas, catching five passes for 58 yards.

Part of Tennessee’s ground game struggles are partly due to left tackle Taylor Lewan going down with a season-ending knee injury. The Titans don’t have a ton of weapons at receiver either, as Robert Woods leads the team with 137 receiving yards. This draws more attention to Henry, and makes life harder for Ryan Tannehill who is averaging 215 passing yards.

A pair of touchdowns on as many receptions by Jelani Woods was the difference in Indianapolis pulling off a surprising first victory of the season last Sunday. The 2022 third-round pick hadn’t even caught an NFL pass before the game started but managed to haul in the winning touchdown with 24 seconds remaining.

Receiver Michael Pittman returned to action from a quad injury and led the Colts with eight grabs for 72 yards. Pittman’s been Matt Ryan’s early favourite target for obvious reasons, as the third-year pass-catcher continues to improve on a gamely basis.

In injury news, Julian Blackmon, DeForest Buckner, Stephon Gilmore, Yannick Ngakoue, Ryan Kelly, and Taylor all missed practice Wednesday due to injuries — which could be a huge problem if they continue to sit out.

NFL Prediction: Who Will Win Titans vs. Colts?