The Philadelphia Eagles are the last remaining undefeated team in the NFL and they'll put their perfect record on the line Thursday when they kick off Week 9 in Houston against the Texans.

Week 9 kicks off with what could be a blowout on Thursday night as the Philadelphia Eagles visit the Houston Texans. Philadelphia is a 13-point favourite to win on the NFL odds with a total of 44 points. 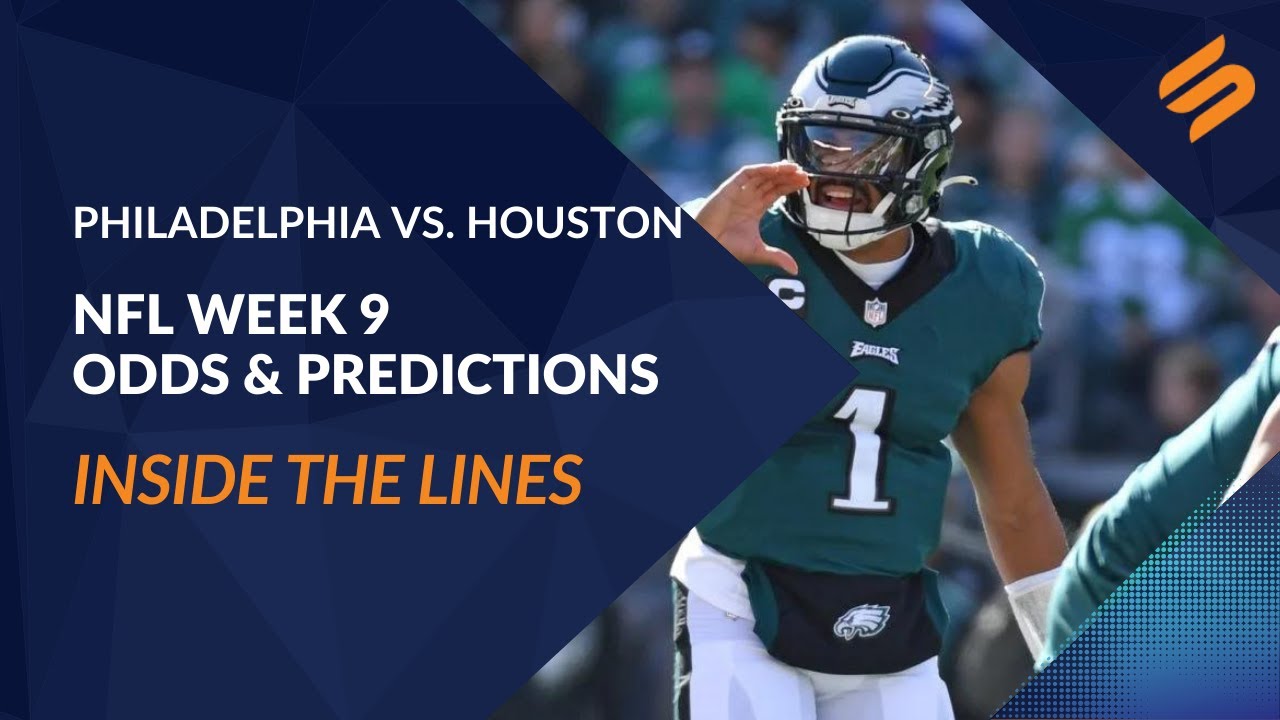 This might be the prime-time mismatch of the season between maybe the league’s best team in Philadelphia (I think it’s Buffalo but Eagles are excellent) and maybe the worst in Houston, which very well could have the No. 1 overall pick in the 2023 NFL Draft. The Eagles reportedly were in on the Deshaun Watson sweepstakes with the Texans in the offseason, but it worked out quite well that Philly didn’t get him because of how good Jalen Hurts has been.

These franchises have met five times and the Eagles have won them all. They last played in 2018 in Philadelphia and it was 32-30 final. Nick Foles was the Philly QB then and had one of the best games of his career in throwing for 471 yards and four scores. Watson threw for 339 yards and two scores and also rushed for two TDs.

The over has hit in four of the five all-time meetings.

The Eagles remain the NFL’s last unbeaten team. Incidentally, the NFL’s last unbeaten team hasn’t won the Super Bowl since the 2006 Indianapolis Colts. The Eagles came out of their bye on Sunday and beat visiting Pittsburgh 35-13. MVP candidate Hurts threw three touchdown passes to AJ Brown in the first half and finished with 285 yards and four TDs overall. Brown had six receptions for 156 yards. Defensive tackle Jordan Davis, the No. 13 overall pick in the 2022 draft, left with a high ankle sprain so he’ll miss a while. That will hurt in the run defence. The Eagles are 6-1 ATS in their past seven Thursday games.

Houston lost 17-10 at home to Tennessee on Sunday. The Texans are not a good offensive team and that was very much on display with just 161 total yards. Second-year quarterback Davis Mills clearly isn’t the long-term answer. Rookie running back Dameon Pierce has been a fourth-round steal but was held to 35 yards on 15 carries Sunday. Tuesday is the NFL Trade Deadline and it wouldn’t be a surprise if Houston shipped out a veteran like receiver Brandin Cooks before that. Fellow wideout Nico Collins missed Sunday’s loss injured. The Texans are 5-2 ATS in their past seven at home vs. teams with a winning road record.

NFL Prediction: Who Will Win Eagles vs. Texans?