NFC East showdowns are in full swing with this week’s slate having the Commanders visit Jerry World and the 2-1 Cowboys.

The 1-2 Commanders are coming off their second-straight loss after an underwhelming 24-8 loss hosting Philadelphia in Week 3. Cooper Rush improved to 2-0 under centre for Dallas after winning on Monday Night Football at New York by a score of 23-16. Right now it still looks like Rush will be Dallas’ starting pivot, as Dak Prescott has yet to practice after undergoing surgery for an injured hand after Week 1.

Kickoff at AT&T Stadium gets going at 1 p.m. EDT, with Dallas a 3.5-point favourite at home and the total at 42.5 on the NFL odds. 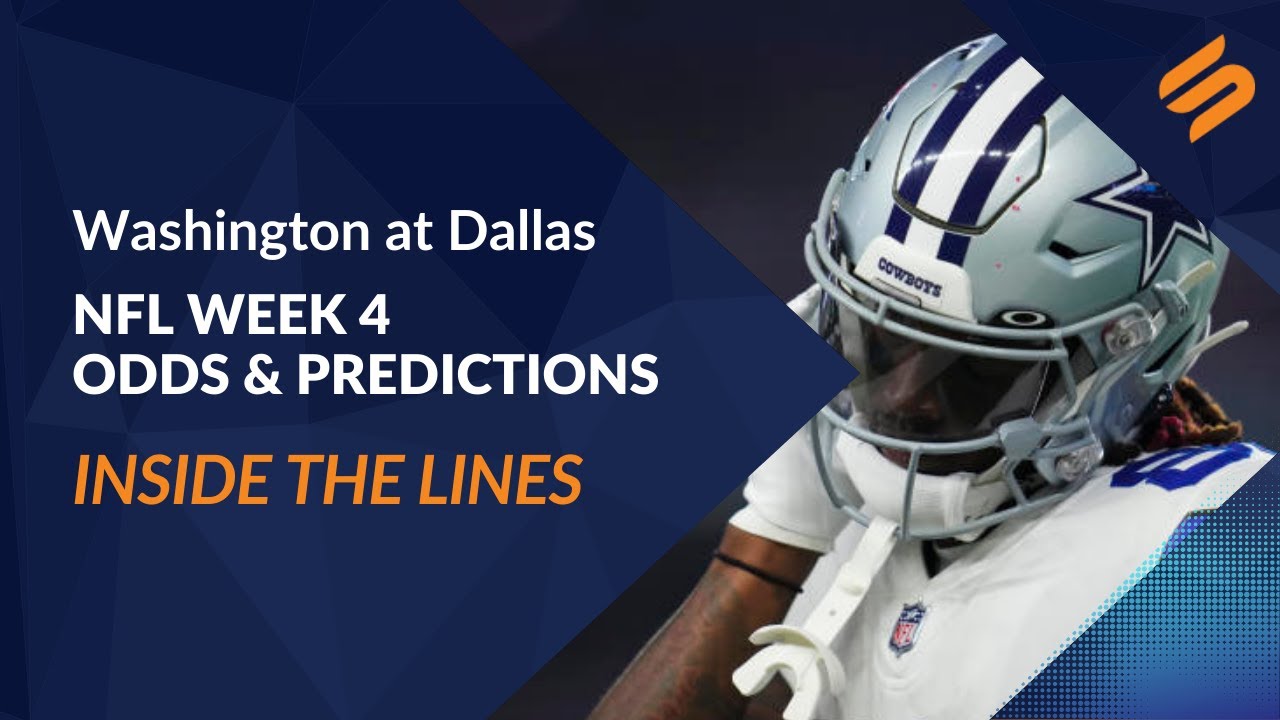 When Washington and Dallas clash in Jerry World, points have been of ease. The over is on a 7-0 run in Washington–Dallas games played in Texas, including a 56-14 Cowboys victory last season that saw Dallas register 497 yards of offence. Dallas swept Washington last season with the other victory a 27-20 win on the road.

Washington’s offence was inadequate in Week 3 that a Daron Payne safety in the fourth quarter put the team’s first points on the board. The Commanders finished with 2.9 yards per pass attempt and 3.2 yards per play, scoring six points on offence via a one-yard Antonio Gibson touchdown run. Terry McLaurin was one of, if not the only bright spots on the Commanders offence with six grabs for 102 yards.

Washington’s 27th in the NFL in yards allowed too, giving up 402.7 yards per outing. Parlay this with the league’s second-worst turnover differential at -4, and it’s easy to see why the Commanders are back to being a sub .500 club.

It’s a full-on one-two punch at the running back position in Dallas, as Tony Pollard led the way on the ground with 13 carries for 105 yards. Ezekiel Elliott saw a higher volume with 15 carries, rushing for 73 yards and a touchdown in the win over the Giants. CeeDee Lamb stole the show through the air, catching a game-high eight balls for 87 yards and the game’s winning score, a one-handed touchdown on a fade ball from Rush.

The Cowboys conversely allowed 167 rushing yards, but have a top-five defence when it comes to defending the pass by allowing under 177 yards an outing. Trevon Diggs’ first interception of the 2022–23 season sealed last week’s dub for the Cowboys too, as he and Micah Parsons wreck havoc in a star-studded defence.

NFL Prediction: Who Will Win Commanders vs. Cowboys?