The Raiders continue the search for their first win of the season when they host the Broncos on Sunday in Week 4 action.

The Broncos’ scoring woes continued last weekend, but weren’t enough to prevent Denver from tallying an 11-10 victory over the San Francisco 49ers, and lifting their straight up record to 2-1-0. Conversely, the Raiders saw their current slide extend to four games with a heartbreaking 24-22 loss to the Tennessee Titans.

Despite their winless start, the Raiders have gained some momentum at the sports books since opening as 2-point favourites. Backed by 66% of sports bettors, the Raiders now sit as a -115 bet to cover as 2.5-point chalk. There has also been plenty of movement on the total. With the UNDER garnering 70% of the betting action, the total quickly tumbled to 43 after opening at 46. It has since rebounded to 45.5, but with the UNDER pegged as a strengthening -118 wager. 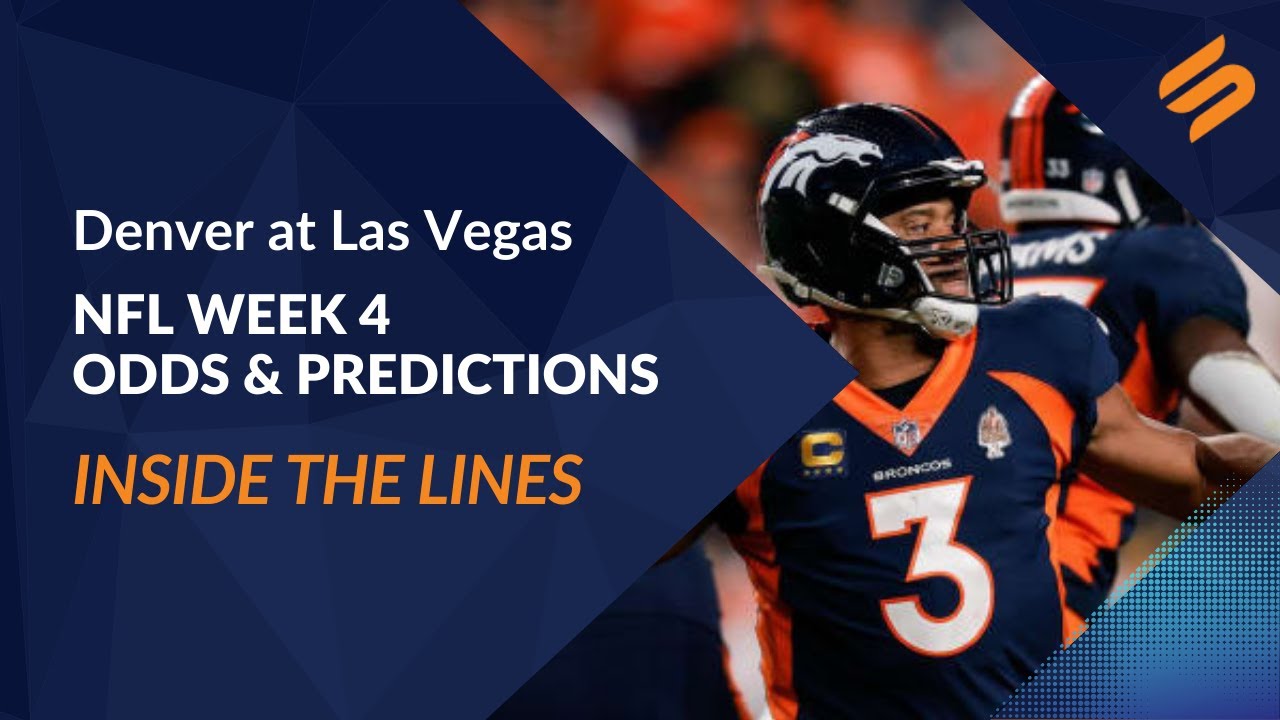 Sunday afternoon’s matchup at Allegiant Stadium marks the first of two meetings this season between these NFC West rivals. The Raiders swept the season series with Denver last year, capped by a narrow 17-16 home win on Boxing Day. Las Vegas has now claimed victory in seven of nine head-to-head clashes, covering the spread eight times over that stretch. While the OVER currently enjoys a 2-1-0 run, meetings between these teams have been typically low scoring. The total has reached 50 just three times over their past 14 tilts, fueling a steady 11-3-0 run for the UNDER. Home teams have also fared well, winning outright in 10 of 12 meetings with the Raiders going 6-0-0 at home over that stretch.

Low scoring has been the theme during the Broncos’ start to the season. Denver has won two of three despite scoring just 43 points so far this season. However, they have been equally stingy allowing just 12 points per game. Accordingly, the UNDER has paid out in each of their three outings. However, the Broncos’ only win against the spread came in last weekend’s narrow win over the 49ers as home underdogs.

Heartbreak has been the theme in the early going for Vegas. Losers by a combined margin of just 13 points during their 0-3 start, the Raiders let chances at victory slip away in each of the past two weeks. That includes last week, when the difference was a missed two-point conversion following a late-game score that would have tied their game with Tennessee. Overall, the Raiders have now lost five of eight while listed as home chalk, covering just twice over that span.

It has a far from spectacular debut in the Mile High City for quarterback Russell Wilson. The Broncos quarterback has connected on just two scoring passes against one pick, and his offensive line has allowed him to be sacked nine times, including four sacks in last weekend’s loss to the Niners.

Indeed, the Broncos have tallied just three offensive touchdowns to date, and just six total first-quarter points. However, Wilson has developed promising chemistry with receiver Courtland Sutton, who made eight catches for 97 yards last weekend, and ranks fifth in the NFL with 291 receiving yards. Could this be the weekend that Wilson finally breaks through?

If only the Raiders could get a full 60-minute performance out of their squad, it seems they would be much further ahead than their woeful 0-3 start. When the Raiders have scored, they have scored in bunches. But this team has also endured lengthy runs with no production, which have played a big role in extending their slide. The Raiders mustered just 15 total yards on their subsequent two possessions after scoring on their first two in last weekend’s date with the Titans. Then after recess, they managed to generate just six total points and an interception on three drives into the Tennessee red zone before scoring the touchdown that made things close.

It’s tough to lay the blame solely on pivot Derek Carr, who has settled down considerably since tossing three picks in a Week 1 loss to the Los Angeles Chargers. Davante Adams has made three scoring catches in his Vegas debut, but has caught just seven of 17 passes thrown his way over the past two weeks.

NFL Prediction: Who Will Win Broncos vs. Raiders?