The Minnesota Vikings and the New Orleans Saints will be meeting up in London for their Week 3 matchup.

The Vikings were on the brink of falling to 1-2 against the Detroit Lions last week before putting together a late, fourth-quarter comeback to pull out a win.

The Saints have lost two in a row as their offense continues to look completely out of rhythm with Jameis Winston under center. Can he do enough this week to put the Saints in position? 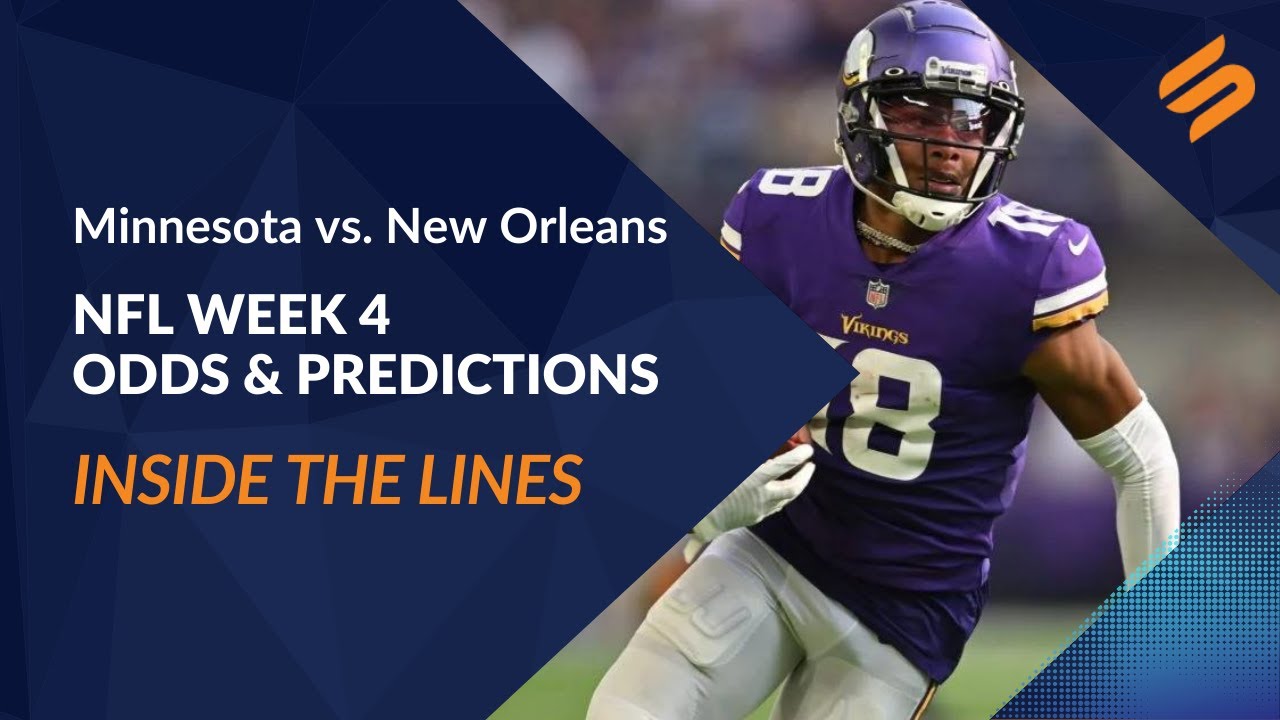 The Vikings are only 4-8 ATS in their past 12 when going up against teams with a losing record on the season. However, they are 8-4 straight up in those games. The Vikings are also just 2-6 ATS against the Saints in their last eight meetings.

On the other hand, the Saints are 13-3 ATS in their past 16 games played during Week 4 contests. This is a good month for them as they are 6-1 in their last seven October games. They are also 37-15 ATS in their past 52 during the month of October.

If the Vikings are to win in Tottenham, the passing game has to get going a little bit more against the Saints early on. This is a team that needs to get off to a better start than they did against both the Philadelphia Eagles in Week 1 and the Lions in Week 2. They’ve been behind 14-0 in each of the last two weeks. Justin Jefferson is one of the best receivers in the game right now but he had just three receptions for 14 yards against Detroit. That has to change.

One thing to keep an eye on in this matchup is the ground game. Star running back Dalvin Cook was left last week with an injury and currently being listed as questionable here. If Cook can’t get out there, we’ll see a lot of Alexander Mattison. Mattison took seven carries for 28 yards and a touchdown in Cook’s absence against the Lions.

The stat sheet makes it seem like the Saints were seemingly decent offensively against the Carolina Panthers last Sunday but that’s misleading. This was a team that looked entirely out of rhythm for a variety reasons. Coaching, picking up blitzes and hitting open receivers down the field were among the challenges. The majority of it all starts with Winston at quarterback. He is playing through a back injury that is likely to linger all season long. He threw for 353 yards, a touchdown, and two interceptions against a solid Carolina defense but much of that was in garbage time. When the game was on the line, he was ineffective.

The Saints do know that the rookie Chris Olave looks like a star and they have other weapons like Michael Thomas and Alvin Kamara, but their offense just isn’t right with Winston laboring. They will likely have weeks where they get it together but we have yet to see that so far. They’ve scored a total of 24 points in the last two weeks.

NFL Prediction: Who Will Win Vikings vs. Saints?