The Dallas Cowboys will try to keep pace with the undefeated Philadelphia Eagles in the battle for the top of the NFC East standings when they visit the Los Angeles Rams on Sunday.

The Cowboys remained perfect with Cooper Rush at the helm last week, as they tallied a decisive 25-10 victory over the division rival Washington Commanders to remain just one game back of the 4-0-0 Eagles. The Rams are coming off a dismal 24-9 loss to the San Francisco 49ers on Monday Night Football that put the brakes on a two-game straight up win streak.

The Rams have steadily faded since opening as 7-point favourites, dipping to -4.5 before rebounding to -5.5, as 66 per cent of sports bettors back the Cowboys. The total has also been on the decline since opening at 46, tumbling to 43. However, it is the OVER that has attracted 56 per cent of the betting action. 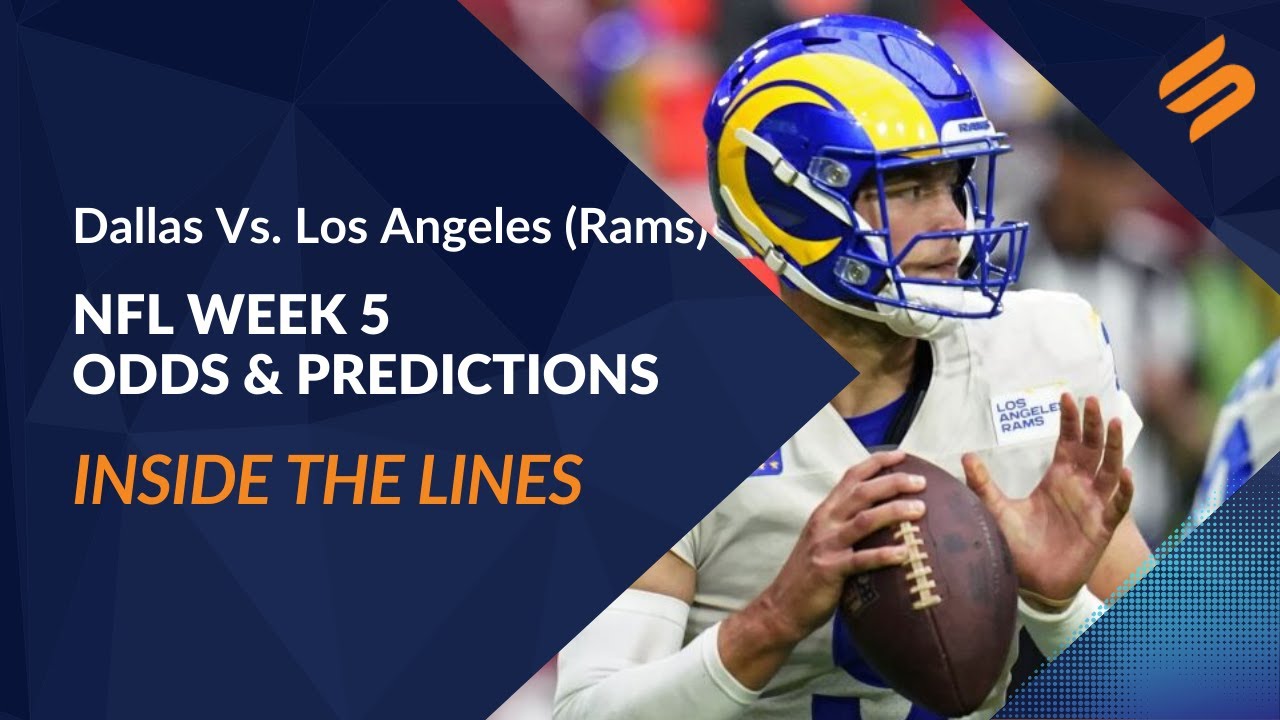 Sunday afternoon’s matchup at SoFi Stadium marks the first meeting between these two teams since the Rams hosted the Cowboys back in September 2020. Los Angeles escaped with a narrow 20-17 victory in that game, and has now earned the win in three of four dates with the Cowboys. The Rams have also covered the spread in each of their three recent head-to-head wins despite claiming victory by a margin of five or fewer points in two of those contests.

Recent clashes between these teams have tended to be high scoring, with the OVER emerging as an easy winner in four of their past five. Home teams have also emerged victorious in seven of their past nine clashes, covering the spread on each of those occasions.

Already faced with a daunting September schedule, the Cowboys were expected to wilt in the wake of yet another injury to star quarterback Dak Prescott. But with the steady hand of Rush leading the offence, the Cowboys have responded to the loss of Prescott with three straight victories, including a pair of outright wins as betting underdogs. Rush continued to impress in last weekend’s win over Washington, connecting on a pair of scoring passes and racking up 223 passing yards. The 28-year-old has now tossed for four scores over his three starts in relief, and has developed intriguing chemistry with receiver CeeDee Lamb, who has averaged 92 yards and made two scoring catches over the past two weeks. However, after missing practice on Thursday with a groin injury, Lamb’s status for Sunday remains uncertain.

The Cowboys defence also shone once again, giving Carson Wentz headaches all afternoon while limiting the Washington pivot to 170 passing yards and one score, while also tallying an interception and two sacks. Overall, Dallas’ stout defence has allowed just three total touchdowns and held opponents to just 14.3 points per game, and just 13 total points before halftime, during the team’s current 3-0-0 run.

Hobbled by injuries, scoring has come at a premium for the defending Super Bowl champions in the early going of the 2022 NFL campaign. Struggling to operate behind a cobbled offensive line that has been badly bit by the injury bug, quarterback Matthew Stafford has struggled to find a consistent groove. Things got no easier on Monday night, with the 49ers pass defence regularly pressuring Stafford, who was limited to just 254 yards, no scores, and one interception, while getting sacked seven times. Not known for his mobility, Stafford has now failed to find the end zone since Week 2, and has been sacked a league-high 16 times to go along with six picks.

The Rams’ largely ineffective ground game has not helped them bail out their beleaguered pivot. After mustering just 57 total rushing yards on Monday night, the Rams now rank 30th in the league in team rushing yards, and could be in for another rough ride on Sunday against a stout Cowboys defence.

NFL Prediction: Who Will Win Cowboys vs. Rams?